This morning was an early start. Still the middle of the night really. I went to the yard and fed Otis, who looked warily at me from the end of the field before coming over for breakfast. I decided not to poo-pick …

Then it was over to another yard to get the Diva ready for his big day – the Riding Club Eventers Challenge at Blenheim Palace! Due to Otis’s extended vacation I was left horseless and the team incomplete, so I called in a couple of favours and was allowed to take him. He’s done some eventing in the past, but it would be his first competition for two years. That’s fine, I thought I knew him well enough and he wasn’t totally green, that we could give it a go. Besides, what’s life without a bit of excitement?!

When we went on our sponsored ride he was too excited to eat breakfast, but thankfully he did quite happily today. There was less activity on the yard too. Well, it’s not really surprising at 6am! We even had to wake him up in the field! So travel boots on and funny dance complete, we headed to the trailer.

It took about 20-25 minutes of quiet encouragement to load for the sponsored ride, but the yard was busy and the Diva bounded up the ramp and it made a bit of a noise so he retraced his steps rapidly! We had lunge lines to quietly tunnel him in and he made the decision to load on his own accord. This morning, it took about ten minutes. It was a very calm procedure, and he definitely made up his own mind to load.

We arrived and he stood happily on the trailer while I walked the twisty course  over very undulating ground. It wasn’t too big, but the questions were in the terrain and turns.

When I mounted he set off at a hurried walk, but by the time we reached the warm up he felt settled. So settled I could remove my visible piercings on board (to everyone’s surprise I still had all the pieces in my pocket at the end!). Warm up he felt great, I had to really concentrate because he has such a big stride compared to Otis and his bascule is different.

All too quickly it was our turn!

He went in happily, then baulked at the arena party under a tree, but I managed to get him past them and cantering before the bell rang. Number one was an oxer going downhill. We took off great, but I think we did a bit of sightseeing as we went over as he was a bit lazy with his legs. Not a great start. But up the incline and around the turn to number two, an upright with fillers. No problem. A sharp left turn back on ourselves for the oxer at three. No problems again. Onto number four, which he unfortunately got a little long on the approach and just brought down. But he picked himself up for the dog leg to the oxer at five and then the sharp right turn and short approach to the larger oxer at six. Number seven was the double near the arena party, but thankfully they were gone from his mind and he gave both fences plenty of room! The double was slightly downhill, but there was a left turn between two fences before the upright at eight. Another downhill to the first cross country fence – a log. We were a bit close but I had to hold him together down the slope and it wasn’t a problem. Then a right curve to a roll top for ten. Here there were two routes to take across the arena. Unfortunately I was looking at the wrong one and we had a close encounter with a tree branch – perhaps I thought I was riding a pony?! I ducked and we were safely through with plenty of time to reorganise before another roll top. From eleven it was a dog leg to number twelve, and I was a bit unsure that I’d got my line right. I know I can adjust Otis’s nimble strides between fences, but I wasn’t so confident this time. We were good though, and had to cross the arena again to number thirteen. Not quite so close to the tree this time, I approached this roll top on an okay angle. But it was another dog leg to another roll top and I was definitely pushing my luck. I think this showed the lack of depth to our partnership. I couldn’t correct my line well enough and didn’t read him quickly enough to prevent him drifting left. Upon representing we flew it, but it was the two skinnies next. They were the biggest fences, and what had caused us the most problems at home – the odd run out or cat leap. It was also off an acute turn and downhill. So I locked on and prayed. He jumped them perfectly!

Upon landing over number sixteen it was quite a tight right turn to the joker fence, up a slope. I was so surprised not to have squeezed between the skinny fence and tree I wasn’t quite quick enough to sit him on his hocks for a showjump and we just knocked it.

I was thrilled with how he had performed. Yes, I’d had to work hard balancing his long strides for the turns yet making sure he had the power to clear the fences, and keeping focused on the job and maintain our rhythm for it. I abandoned my two point seat for the cross country part though as I was working on keeping him together for the turns, his canter is big enough that he made the time easily though.

We untacked the diva and gave him his favourite thing – a bath! He really doesn’t like being washed off. Maybe I should bring some hot water next time?! He seemed happy to graze after, which shows how relaxed he was feeling, and once we had gotten  him ready to load, and put the lunge lines out, we headed for the ramp. And he walked straight on! Without a moments hesitation! We were so pleased! He then stood happily for a couple of hours while we went shopping, eating his hay.

No rosettes for the team today, but  both I and his owner were very happy and proud with the Diva’s behaviour and performance. Next time, it’s her turn to ride! 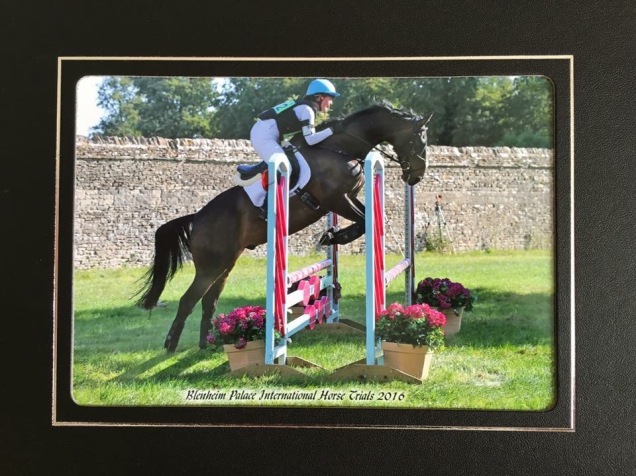 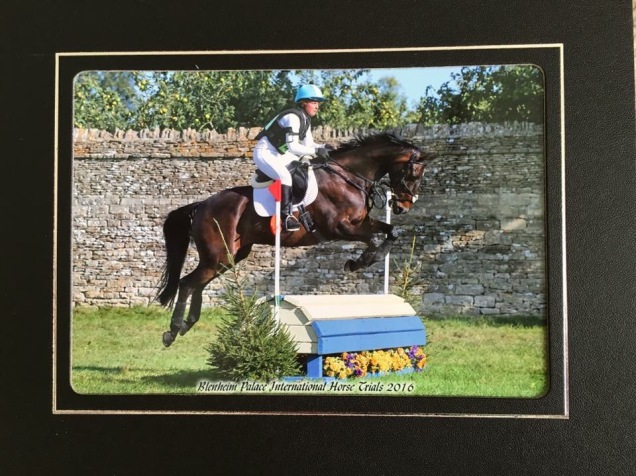