I read an article a couple of weeks ago about William Fox-Pitt and neckstraps. He was advocating their use, and never goes cross country without them. 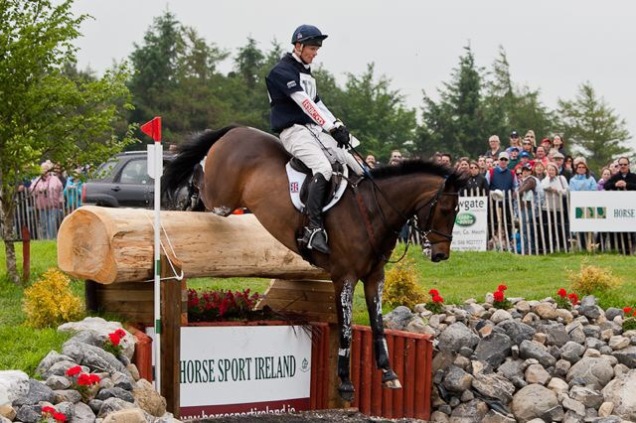 Unfortunately neckstraps are seen as a weakness, and for beginners. One of my friends had a mother who used one when riding, calling it her “chicken strap” as she grabbed it whenever she felt nervous. It became a bit of a joke, but it definitely helped her.

There are a number of “chicken straps” designed to be safety nets when riders get butterflies. There are grab straps, which are short straps that attach to the D-rings in front of the saddle, those Rs-tor handles which hang at the front of the saddle to name just a couple.

Whilst we’re on the subject of Rs-tors, can anyone who uses them tell me why or how they work? I can only see that holding onto a handle gives the rider a psychological boost of confidence but I’ve only seen riders holding the handle with the webbing strap slack. It might be that it was in neutral and redundant at that moment in time, but I’d like to know the appeal of them.

Moving onto grab straps. They’re commonly seen in riding schools, and I like them for little kids and beginners because they’re small enough to wrap little fingers around. Additionally, having the hand just in front of the saddle keeps the rider in a more upright position. Again, these straps are good for psychologically boosting a rider’s confidence, but I do think they can help them stay on if the horse or pony spooks. My problem is that because I wasn’t brought up with one it’s not my natural instinct to grab it in an emergency.

The alternative to a grab strap is just holding onto the pommel. This is how we had our first lessons. We learnt to rise by pushing up with our hands on the pommel, which gave our weak legs some help until they’d strengthened. Then we held onto the front of the saddle for our first canters. The restriction here is that there is no give between the movement of the horse’s back, and the rider so it can be a bit jarring and not allow you to absorb the movement of the horse.

Let’s get back to neckstraps. In riding schools, and indeed my friend’s mum, they’re often old stirrup leathers. These are too thick for children to grasp with reins, and the excess strap can be cumbersome. I also find that old stirrup leathers can sit quite high up the neck. So beginners reach forwards for the neck strap, come out the saddle, tip their weight forwards and can end up in a much more fragile position. For this reason I prefer grab straps for beginner riders.

The best type of neck strap I’ve seen, and it’s what William F-P uses, is the neck strap of a martingale. As it’s not attached it can move up the neck, but is thin enough to comfortably hold alongside the reins and whip. They also seem to sit better on the neck, closer to the base and the rider. I think William Fox-Pitt has his made from plain leather reins – perhaps there’s a market for these?

As I said at the beginning, he uses a neckstrap to go cross country. If there’s a big jump, an awkward fence, or he feels left behind; he wraps his fingers around the strap to stop him pulling his horse in the mouth. We can all learn something here. Firstly, that even the best occasionally sock their horse in the mouth. Secondly, don’t be afraid to use a neckstrap to stabilise your hands because in the long run it’s better to do that then to have a horse who starts refusing fences.

When we learnt to jump we held onto a fistful of mane “halfway up the pony’s neck” which I have sometimes said to children who don’t have any straps to grab and don’t give with their hands when jumping. Holding the mane can be risky if said pony has low head carriage, and it can encourage riders to throw themselves too far up the pony’s neck.

I’ve also suggested that people wrap fingers around their martingale strap to help stabilise their hands, but over larger fences they can end up restricting the neck of the horse because the martingale or breastplate is immovable. Which leads us back to neckstraps, so the rider learns to give the hands is a forwards motion and for them to stop snatching back with the arms (a natural reaction if you’re worried).

I think I prefer grab straps when teaching beginners or nervous riders as their position is less compromised, but when learning to jump (or indeed forever jumping) a thin neckstrap is the best option.