I read a fascinating article a few weeks ago about The Welsh Ponies. Growing up in Wales, they were everywhere, but I do remember some talk in later years about them not getting very good prices at the auctions, particularly those fresh off the mountains.

There was also a paragraph about a small group of Welsh ponies, in the Carneddau mountains, that has recently been genetically tested and has been found to be genetically unique. This means that although genetically related to the Welsh Section A, they separated about 400 years ago and are now a distinct population which should be maintained and encouraged to thrive. The latest population estimate I could find online was 2015, which suggested there are 100-150 ponies. Which isn’t very many if you think about it!

Then I did some reading up on our other native breeds. It’s scary really, that a lot of them are actually on the endangered lists. 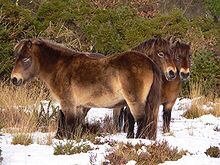 These ponies and horses are part of our heritage, and I think we need to do more to help them. That doesn’t mean you should go and breed from your Shetland mare, or keep an unsuitable stallion entire and so inhibit his quality of life, but I think we should aim to buy or breed more pure bred natives instead of crossing them with a warmblood or thoroughbred to create a horse  that is more athletic and sporty.

Yes the native ponies are hardy, which makes them good doers, and are full of character. But you need to have character to survive on the Scottish Isles, or out on the moors. I think sometimes owners are put off from having native ponies because they can be cheeky, but our ancestors only bred those which were easily trainable and friendly towards humans. Which means that a good routine and training will hone a cheeky temperament. Bad breeding and poor management in the last couple of generations has left us with some anti social types.

I think with the recent problems the U.K. has had of overbreeding, not breeding good quality animals that are sellable, and the financial recession has led to a lot of horses being dumped. Some die, but some survive, which means they invariably mingle with our native breeds and dilute the gene pool. For example, I saw an advert not so long ago for a coloured New Forest Pony. Now call me colourist, but New Forests are supposed to be of solid colour. Which means that, whilst this pony is probably lovely, it should not be classified as a purebred. A coloured mare was probably dumped in the forest, and produced a foal from a randy New Forest stallion. Making it only fifty percent New Forest. Even if a horse looks typical of the breed, these other genes could cause it to become over height, or create unknown physical defects in the future (and after it has been passported), all of which lower the quality of the breed, particularly if this horse is bred from later in life.

I applaud the work done by the conservationists to round up the wild ponies, count them, register them, sell some, castrate the less desirable males, because these people are working on increasing the population, improving the quality of the breed whilst keeping it true to type, improving the diversity of the gene pool, as well as raising awareness for their cause.

But the general public also needs to get involved. Don’t dump your unwanted horse where they could hinder a native breed, by breeding or fighting over territory. Research your breeds to find your suitable horse or pony; don’t breed willy nilly, and think carefully about mixing breeds – as with dogs, sometimes you get a good one but more often than not, they are just mediocre.

This new fashion of cross breeding does mean that we are seeing a decline in breed purity and standard, be they native or foreign, equine or horse. Which is sad, and I think it will cause problems in the future. After all, we’re meddling in evolution.

Some may say that native breeds aren’t suitable for the sports disciplines they want to compete in. But be realistic with your goals. A native pony such as a Connemara is perfectly capable of jumping around a one metre course. And other breeds, like the Welsh, are perfectly capable of pulling of brilliant dressage tests up to elementary level. By the way, has anyone seen the Native Championships that British Dressage introduced last year? I think it’s a great idea and can’t wait for eventing and showjumping to follow in their footsteps. Other breeds may not be able to jump or dance, but they make sturdy and reliable hacking horses, or have the temperament to tolerate children all day, every day. Anyway, if your horse is trainable, friendly and lovable, you will find an area of horsemanship that you will both enjoy immensely.

One thought on “Our Native Rare Breeds”