In the show ring you learn a bit of clever ring craft. That doesn’t mean you cut up other competitors or hog the judge’s attention, but rather you give yourself plenty of space in front of you as you pass the judge to maximise your extended trot. You do any tweaking, circles etc while the judge has their back to you, so that you shine in front of them. Adjust your individual show so that the gallop is uphill, or your phenomenal trot is at the perfect angle that the judge gets the full benefit of it. I only managed it once with Matt, who doesn’t have the greatest gallop, to adjust my show so that the gallop was away from the burger van generator. By holding the canter together as I approached the generator, I managed to control Matt’s spook to get his best show ring gallop.

Anyway, back to the point. What I was originally going to discuss tonight was the fact that there’s slightly more to dressage tests than just knowing the directions.

A few weeks ago I was helping a client practice for a prelim test and in the halt on the centre line the mare, who can be a bit fidgety, was swinging her quarters left. But she was halting fairly square … just at an angle! Now, the judge is sitting at C, so what are the priorities when improving the halt at this moment in time? Straightness. In the perfect halt the judge at C can see two front feet, the chest and head. If a horse halts straight, but with a hindleg camped out behind, then the judge at C has no idea! So when weighing up where to focus your improvements to the halt transition, bear in mind what the judge can and cannot see.

At the dressage champs in April, I was disappointed with my final halt. It wasn’t Matt’s best and his hindquarters were right underneath him. However, I got an 8 for it. I can only assume that the judge saw a straight trot to halt transition, with the forehand square and the head and neck coming out the centre of his chest. So to my surprise, scored me highly.

Of course, at Novice level, you often have halt transitions at A or C, which gives the judge at C the perfect angle from which to assess the squareness of the halt. But Rome wasn’t built in a day, and once the straightness through the transition and into the halt is perfected, you can work on squaring it up.

With my client with the swinging quarters, we worked on the trot to halt transition in the right rein, using the fence to prevent the quarters swinging. Then we used the three quarter lines to simulate the centre line. When the mare still swung left, my rider brought her left leg back slightly in the transition to catch the quarters. By adding in slight left flexion in the neck, they ended up staying straight in the halt. Hopefully some practice like this and the mare will get out of the habit of swinging when she’s halting and we can progress to improving their balance through the transition to get a square halt.

With another client recently, we were working with the prelim test to get the best marks they can for their level of training. Here are a few secrets to getting the best out of a movement.

From left canter, between B and M transition to working trot and at C, transition to medium walk. Now the judge is looking for the trot transition to be between the markers, as a guide I aim for the mid point. But if your horse tends to run into trot, or get a bit unbalanced and fast, I would aim to have the trot transition as close to B as possible. This gives an extra two or three trot strides to balance the horse, so you can better use the corner and are in a better balanced trot to get a highly scoring walk transition at C.

At A, circle right 20m and between X and A transition into right canter. So you have a full half circle in which to do your transition. Doing it near X is tricky: there’s no support from the fence line so a green horse may run or wobble into canter so giving you a poor transition and weak canter. If the horse tends to shoot off into canter, then doing the transition as you approach the track (particularly if you’re in an indoor arena or fenced arena) will make them back off the wall and so slow the canter down. If your horse tends to drift through the outside shoulder in the canter, then asking for the transition as the circle touches the track (near F) the fence will support the horse’s outside shoulder, so helping them stay straight through the transition.

Transitioning from medium walk to free walk on a long rein and back again. This is mainly practice, but ensuring the walk is active, and the horse is relaxed in their neck and contact. In prelim tests free walk tends to be on the diagonal or a half 20m circle. Use the turns onto the free walk to push the horse from the inside leg into the outside rein and then let the outside rein slide through your fingers so the horse stretches their neck down. Keep the walk active and the important thing is to keep a rein contact despite it getting long. If you lose the contact then it makes the transition up into medium walk less fluid and usually tense. As you pick up the contact; take the outside rein first and inch up the reins, keeping the hands up and forward to reduce the chance of the horse hollowing and resisting the contact. Keep the leg on because usually a horse will lose their activity as you pick up the reins. If in the test there is quite a short period of medium walk before trotting; e.g. B to F, then you want to have the medium walk established at B so that you can best prepare for the transition at F. This means you may need to start picking up the horse a couple of strides earlier.

It’s also really important to learn the individual movements of the test, so you know where each set of marks is. Then if you make a mistake, or have a spook, then you know where you have to get back on track, and at one point you can forget about the mistake. For example, if one mark is the canter transition, and the next mark is for the canter between two markers, and you have a dodgy transition then focus on getting the quality canter because although you may have lost marks for the transition you can still get a good mark for the canter around the arena.

Obviously as you move up the levels the movements are more complex, need to be more precise and there is less evading the judge’s eagle eye, but it’s definitely worth learning to read between the lines of the directives of a test and getting an idea of what the judge can see so that you can best position your horse to maximise your marks. It’s surprising the difference a couple of marks will make in a competition, as well as giving you a confidence boost as you try your hand at competing. 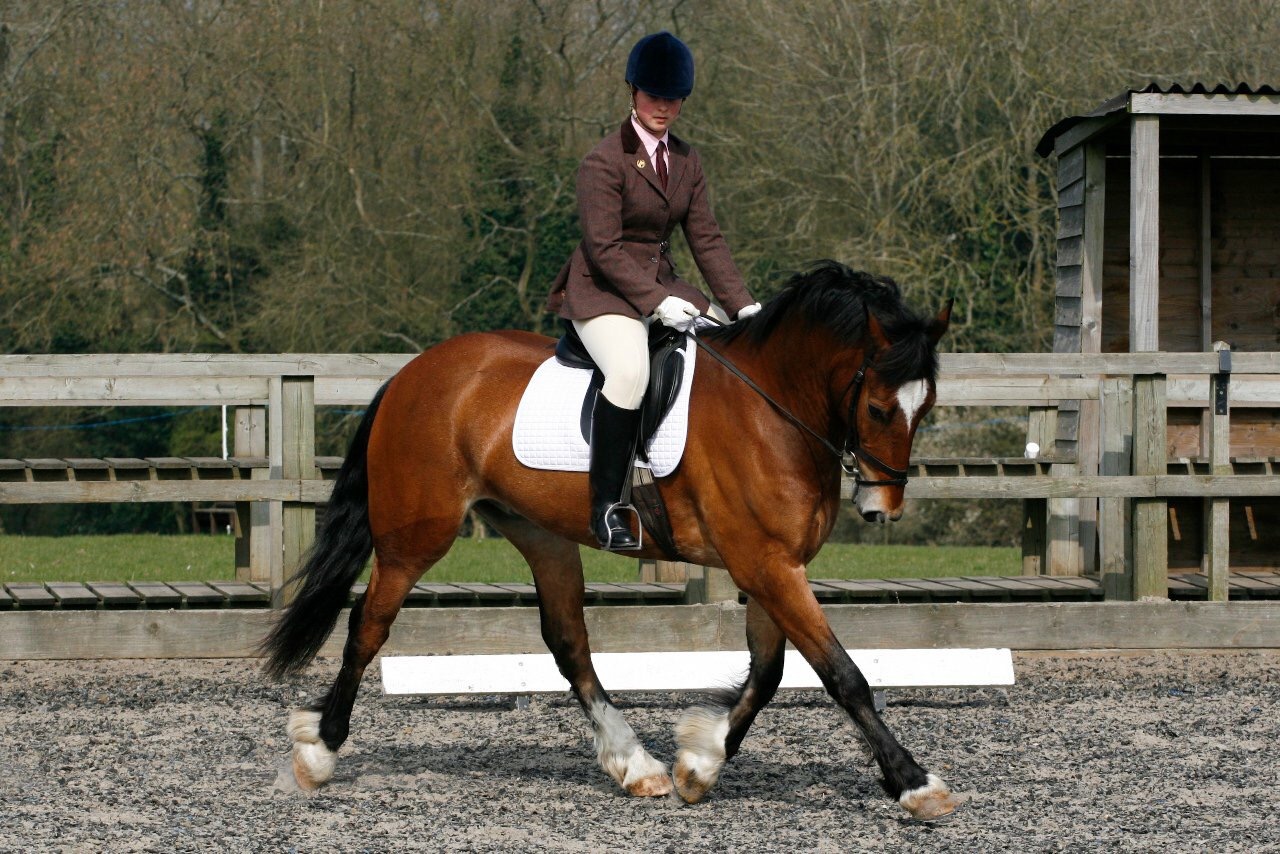