At a recent cross country lesson I did we had some fun going up and down some steps at the water’s edge, so I thought it was a good topic for discussion.

Steps are always seen at the higher level competitions, but increasingly are being seen in miniature form at grassroots and training venues.

Usually there’s either one or two steps, and they can either be a step up onto a mound, where there’s another jump and a gentle decline, or vice Verda, or they are set into the side of a hill, so making use of the terrain.

Firstly, let’s take a look at going up steps, because it’s easier for both horse and rider, and usually the first direction tried.

The horse needs to approach with plenty of energy, after all they are going uphill, but the canter (or trot if it’s a green horse and small step) needs to be heading towards collected, so that the weight is off the forehand and the hindquarters are engaged, ready to push the body up the step. The rider wants to be sat up, so that they are looking up the steps and their weight is off the horse’s shoulders. As they jump up the steps, the body should fold forwards, without collapsing onto the neck, hands forward to give the horse plenty of rein because they will need to stretch their neck out to balance. If the heels are down and the weight is in the foot then the rider won’t load the shoulders. A common problem when going up steps is gripping with the knee, so as they fold into their jumping position the lower leg swings back and the rider’s weight tips onto the horse’s withers, so unbalancing the horse and making his job difficult. I always find that you need to stay forward longer than you think over steps, because if you sit up too quickly the hindlegs will find it harder to mount the step.

When introducing horses and riders to steps I always like to find the smallest one and trot then canter up the single step until both are looking confident and understand the concept. With steps you can definitely feel when it has gone right, so often it’s a matter of waiting until it clicks with the rider.

Lots of training venues have a variety of steps, which are really useful for progressively building a horse and rider’s confidence and experience. Once the small step is mastered, and perhaps put into a short course, I like to add in a second step. Usually you can find a small pair of steps. With a pair of steps, the rider needs to be very flexible and balanced, to be able to fold up each step without impacting on the horse’s way of going. The horse needs to be thinking forwards, especially between the two steps so they don’t lose their momentum and end up scrabbling up the second step. As the rider feels the hindlegs climb the step, they want to close the leg to encourage a positive canter stride so they reach the second step at a suitable take off point.

Once two small steps are mastered, you can start to jump up bigger steps. This is physically quite demanding on a horse, so you’re almost better off doing smaller steps a couple more times and keep them feeling confident and not too fatigued.

Next up, is the rider scarer of jumping down steps. Again, start small, and with a single step.

Approach the step steadily, but with positive energy, allowing the horse plenty of time to look and assess the question. Don’t look down the step, drop your weight into your heels as you close the leg to encourage the horse to go down the step. The horse’s weight shifts backwards as they step off the edge, so lean back and allow the reins to slip through your fingers so the horse can lengthen his neck down the step. Lengthening the reins is important to stop the rider being jerked forwards and landing up the neck. Again, a lot of riders don’t stay back for long enough so it’s important to encourage novice riders not to rush to sit up. The secret to staying balanced down steps is keeping the weight into the heel and the lower leg forward.

Some green horses tend to be a bit over zealous and leap down the steps. I find that repetition, and making little deal of the steps usually solves the problem. Only when the horse steps calmly off the step do you want to start going down bigger steps, or multiple ones. Going down steps is a big confidence test for horses, and the rider needs to be quietly positive and stay balanced to give the horse a good experience.

The next step, excuse the pun, with steps is to incorporate them with water complexes. Firstly, stepping up out of water, and then dropping down into the water. The more steps you do, the more confident the horse and the rider become and they start treating steps like any other jump.

I was very lucky that Otis loved negotiating steps, and was very confident going up and down steps, and I loved doing sunken roads and step combinations with him. I spent a lot of time doing small steps, and each time I went cross country schooling I would warm up over small steps to build his confidence and remind him of them before incorporating them into courses so that neither of us thought twice about steps. 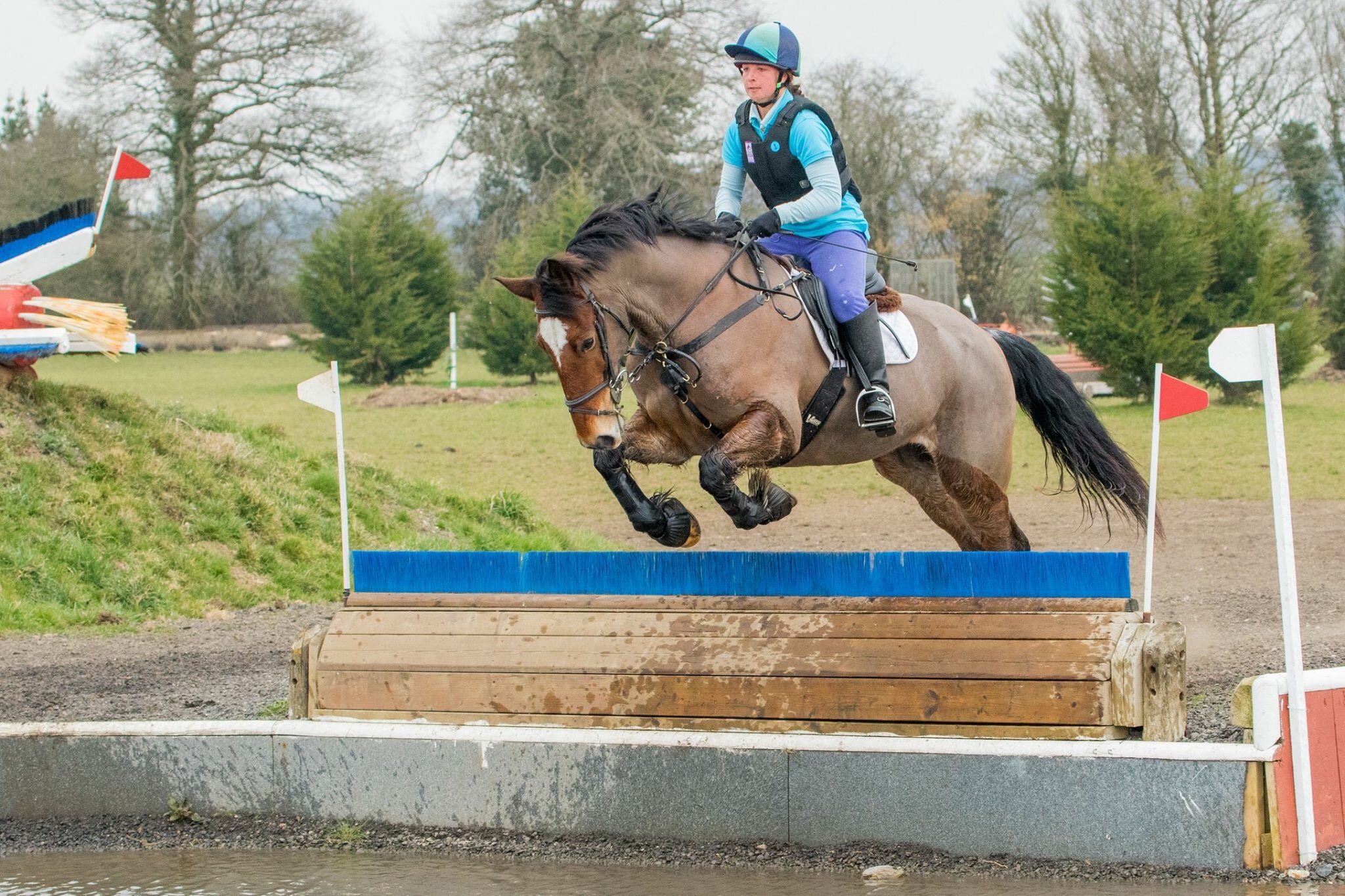