This week at Pony Club camp I’ve dragged up an old adage my childhood riding instructor used to say:

“Put can’t in your pocket and pull out try”

She used to say that to any child who said they couldn’t do an exercise before they’d even tried it.

Now why have I brought this up? Because for some reason my group of little girls lack confidence and the desire to try new things.

In some areas they’re very confident, but as soon as I mentioned the concept of jumping, I had a couple of them say “I can’t do that… I’ll just go around the jump/I’ll only walk over the jump. I can’t do it.” The same with cantering and their dressage test.

So I had a good talk with all of them about giving things a go. Walking on the edge. Widening their horizons. Thinking positively.

I have to admit that today they were a bit more positive about their own abilities and with some gentle coercion they agreed to try the exercise. For example, one girl agreed to try to trotting over a cross pole instead of walking. And another tried jumping without a leader. Another agreed to try cantering on her own. 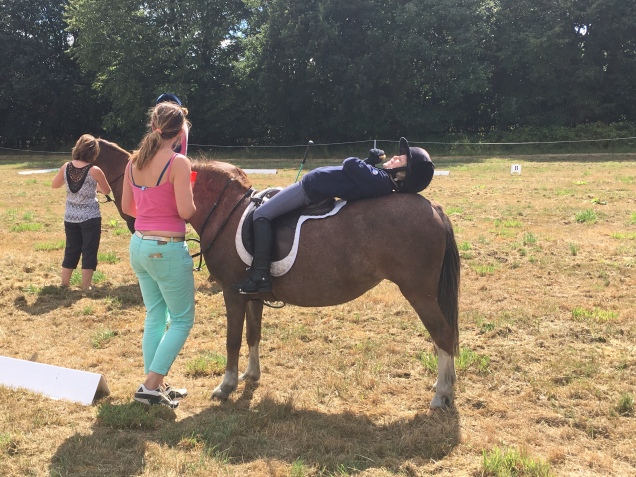 So I think my main aim for this week is to create a group of riders who have a positive attitude towards trying new things, and have more self belief in their own abilities. After all, they’re more than capable and have lovely, willing ponies who look after them.