I don’t know much about Formula 1; I just ask the questions to show the necessary level of interest that makes a marriage work.

“What time is qually (see, I even know the lingo)?”

And most importantly; “Who had the biggest crash?”

One thing I have picked up though, during the hours spent being shown each race-changing crash in slow-mo from numerous different angles, is driving lines. In racing, it’s usually the inside line.

It may sound like I’m rambling, but this does tie in with a tip I learned last week.

When we’re riding we turn our bodies in the direction of movement and look where we’re going. Invariably this means we end up looking over the horse’s inside ear. Especially when you factor in how much easier it is to turn your head than the rest of your upper body.

However, we’re supposed to ride with the outside aids, and bring the outside shoulder around any turns.

Given that we’re looking at the inside line is it any wonder we often lose the outside shoulder and slip the outside rein?

Next time you’re schooling, keep looking over your horse’s outside ear on any turns or circles. It takes some getting used to, but because you’re now focusing on the outside line of the turn you’ll find you maintain control over the outside shoulder, and don’t get too much neck bend from your horse, resulting in a straighter horse who is stepping under with the inside hind and taking their weight on it before propelling themselves forwards. Let me know how you get on! 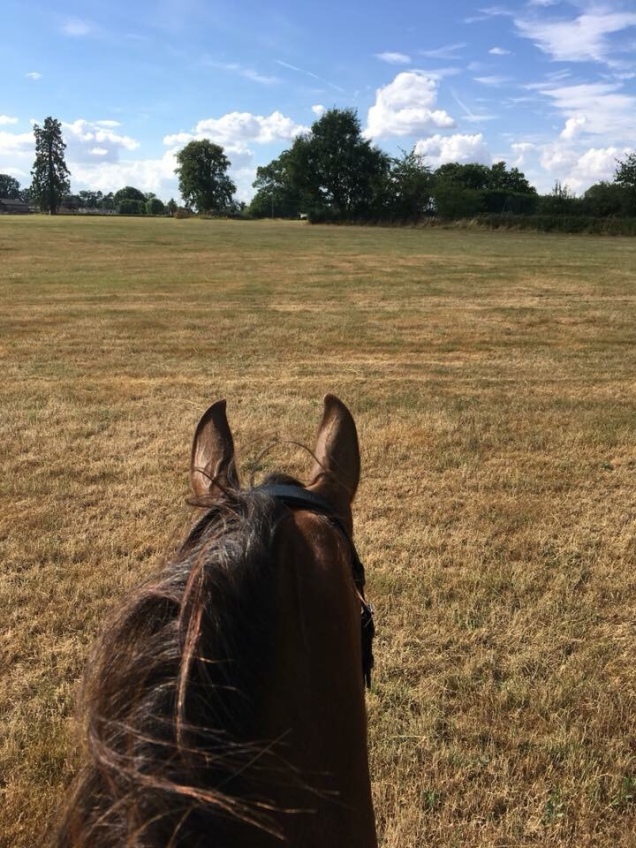