I came across this exercise a few weeks ago, which is a great variant on usual trot poles. It’s good for adding an extra level of difficulty to trot poles, keeping a horse thinking about the exercise, and checks both them and their rider’s ability to ride a straight line. Especially useful for green horses, it improves proprioception.

Begin by trotting over a series of trotting poles laid parallel, approximately four foot six inches apart. Adjust the poles to suit your horse’s stride. Once your horse is confident, balanced and negotiating the poles straight and easily, you can begin to put him on his toes.

You should be trotting over the centre of the trotting poles, and the horse should increase their cadence over the poles and increase their impulsion. With the poles parallel, the horse can see either end of the poles as they trot over it. This helps the horse judge where the centre of the pole is, which is where they need to lift their feet over. Remember horses have that blind spot just in front of them, with a small amount of binocular vision, so rely on their peripheral vision, which is monocular. The binocular field of vision is where they gauge depth perception, which is vital for negotiating poles and fences. 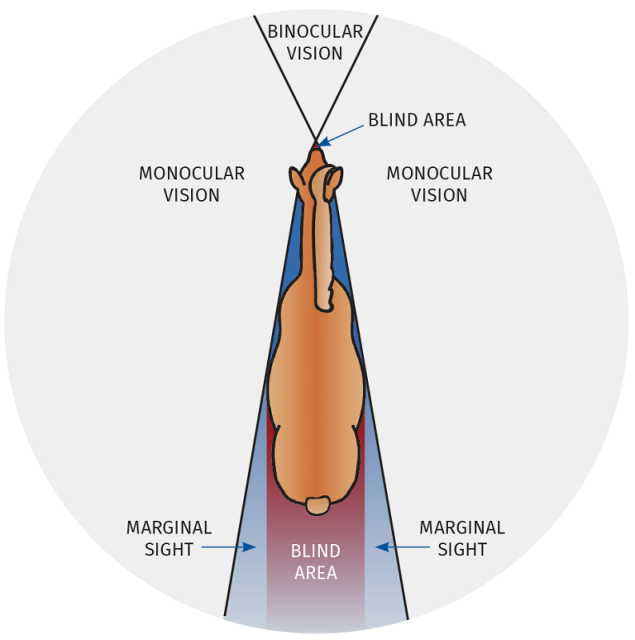 Now your horse is happy with parallel trot poles, angle them so that they form a zig zag pattern. The centre of each pole should still be four foot six inches apart (or whatever distance best suits your horse). An easy way to create the zig zag pattern is to hold the pole in the middle, and lift and swing it so that it is then at an angle.

Usually, when first trotted over the zig zag poles, a horse will lower his head, pause, and increase their cadence. As long as you ride the centre of the poles, the distance is correct for the horse, but the zig zag position of the poles will make them think about where they’re putting their feet.

Going back to their vision. The ends of the poles are in their monocular vision, and they aren’t level. One eye will see the ends of two poles close together, and the other eye will see two pole ends together further forward in their field of monocular vision. Therefore it is not immediately obvious to them where the centre of the poles are, which is the part they’re stepping over. This means they need to engage the binocular vision to gauge the position of the centre of the poles. So they pause, lower their head to look carefully at the poles, and then lift their feet high to give the poles plenty of space just in case.

This means that the horse is working his body harder, so improving his balance, coordination, impulsion, rhythm and proprioception. It’s a good variation of trotting poles for those horses who get bored, or need to do a lot of pole work for rehab, and can be made physically more demanding by increasing the number of poles.

I don’t think this pole arrangement would work as raised poles, but they would work as canter poles, with the centre of the poles approximately nine feet apart.