I should thank Ben Hobday for this exercise, which my riders have found deceivingly tricky.

I laid out a square of poles of approximately twenty metres. Two poles made each square corner, and one pole on the centre of each side.

The purpose of this exercise was to improve the quality of the canter, but initially we worked in trot. Very often horses will turn their heads and necks in the direction of the circle, but their shoulders are still pointing out on the circle. Therefore they aren’t working straight through their body or engaging their hindquarters correctly.

The square highlights to the rider the lack of roundness to their circle, and how their horse has a tendency to drift out through the outside shoulder. I found the poles along the sides of the square most useful here as the horses almost bounced off them like the bumpers on a pinball machine. The poles brought the horse’s outside shoulder around on the circle so that they were pointing in the direction of movement, and the horse started to flex through their barrel.

We compared trot circles without the box to those inside the poles, and my riders could feel the improvement in their horse’s balance on the latter, with the inside hind leg more engaged and the horse lighter in the hand. I had my riders spiral in and out a few times so they could get the feeling of the evenness of their leg yielding; and because the trot was straighter and of a better quality the leg yield was more correct, with a better action from the inside hind.

Then we progressed to cantering a circle inside the square. All my riders noticed a huge difference to the quality of their canter as they progressed around the circle and their horse’s shoulders started to point in the direction of travel. The forehand lifted and the canter felt lighter. Initially, the canter lost some power as the horses strived to maintain their balance in this new frame but once the riders supported their horse more with the leg the impulsion returned. Most riders were shocked with his much outside leg they needed to ride the circles and the detrimental effect to their straightness of over-using the inside rein.

The square made a huge impact on the quality of the trot and canter for flatwork, but I decided to take Ben’s exercise a bit further and make it my own.

I put up a small upright on the corner of the square, and on the opposite side I built another small upright. On the left rein, I got my riders to jump into the box over the first upright and then canter a circle inside the box before jumping out over the second fence. The circle stops the horses locking on and improves their canter, getting them off the forehand, straighter through their body, and generating more impulsion. This means that the horse’s bascule improves over the second fence as the shoulders come up more easily and the horse pushes evenly from each hind leg so doesn’t twist or drift through the air. All my riders could feel the improvement to the jump, and after a few attempts the first fence improved in quality as well.

I played around with different arrangements of jumps, so the riders had to ride either half a circle, or more than a circle; the longer they spent on the circle, the more testing it was for the horse. Apologies for the rough sketches and my wobbly circles, but hopefully it’s enough to inspire you to try out the box of poles yourself to improve your canter on the flat and over jumps – enjoy! 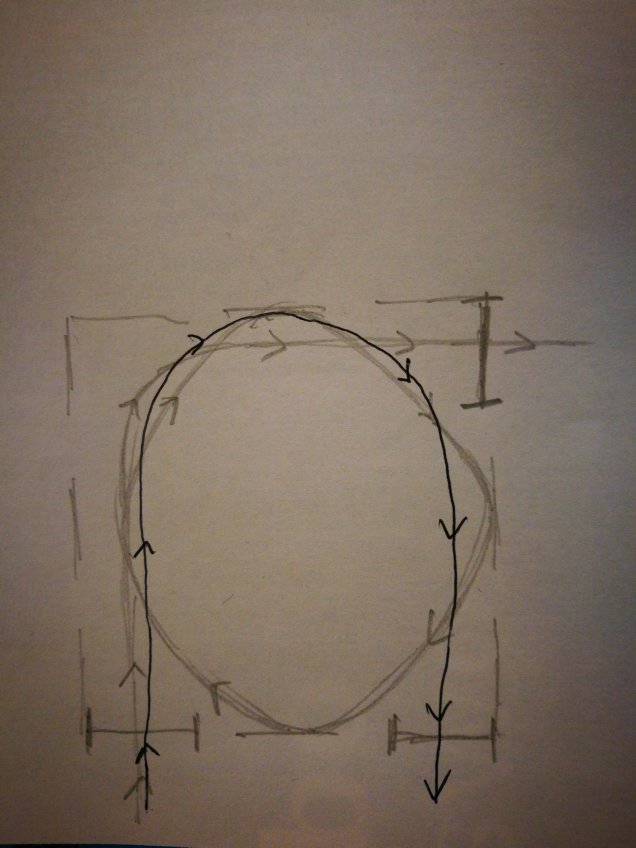